2018.  By far not one of my favourites. It was stressful, challenging and exhausting and the result of that combination amounts to every new hair sprouting on my scalp being grey and many, many tears. But as I do every year, I try to reflect on what was good about the year, even if that means that I had one sunny day in a dismally cold July.

January I know I must have rung in the New Year somehow, but I honestly can’t remember where, or with whom I spent it.  I quite possibly may have been at home on my folks’ couch, blissfully when the witching hour struck, signaling the end of 2017 and the start of 2018.  One thing I do remember was going back to work, enthusiastic and hopeful about what lay ahead for me.

February was the month Elizabeth introduced me to liquorice-flavoured ice-cream.  It sounds gross, I know, but as I tell people about many things: “Don’t knock it until you’ve tried it”.  It’s not always available at the parlour we frequent, so when we see it, we treat ourselves.

I also went away for a weekend to Rheenendal, close to Knysna. I did a woodland hike, which is something I love.  Few things restore this Misfit’s equilibrium as the smell of pine needles and mulch on the forest floor. I also love the different types of fungi that grow on the treestumps.  I also had a daily visitor to the cosy bungalow in which I was staying at a place called Fern Gully – the Knysna Loerie.  I also stopped in at one of my favourite places in the area, Jubilee Creek. 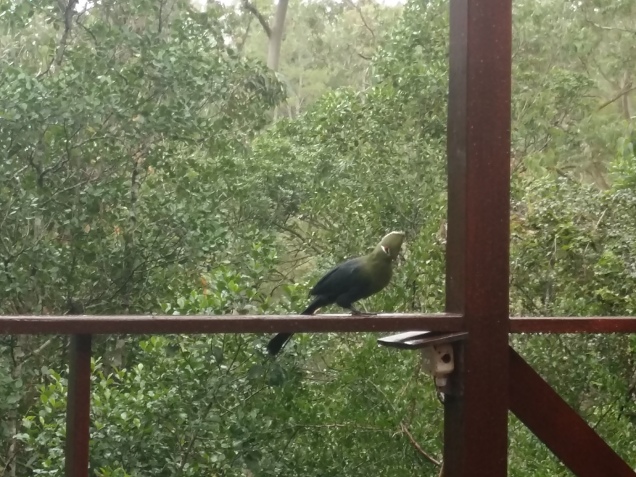 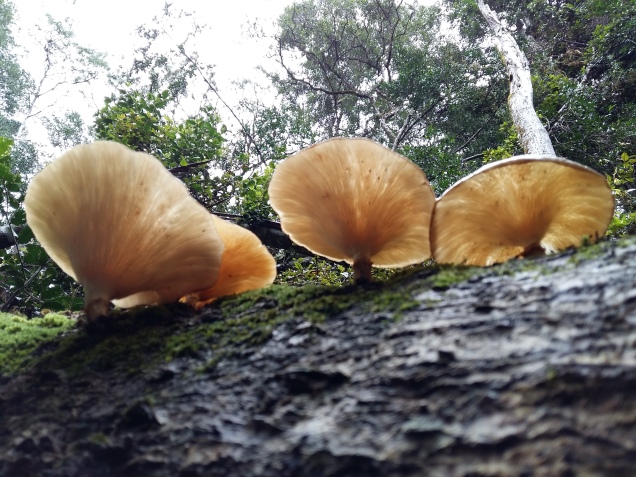 March was a quiet month, as April was going to be a jam-packed one.  I have gone through my photo archives and can’t find any kind of activities.  This would have been the month that candle-lit baths and early nights were the order of the day.

April was a busy month.

A group of friends and I attended the annual sundown festival at Jakkalsvlei, a local privately-owned wine cellar.  There were local artists to entertain the patrons and the pizza and wine were the perfect fare for one of the sunniest days of the year. 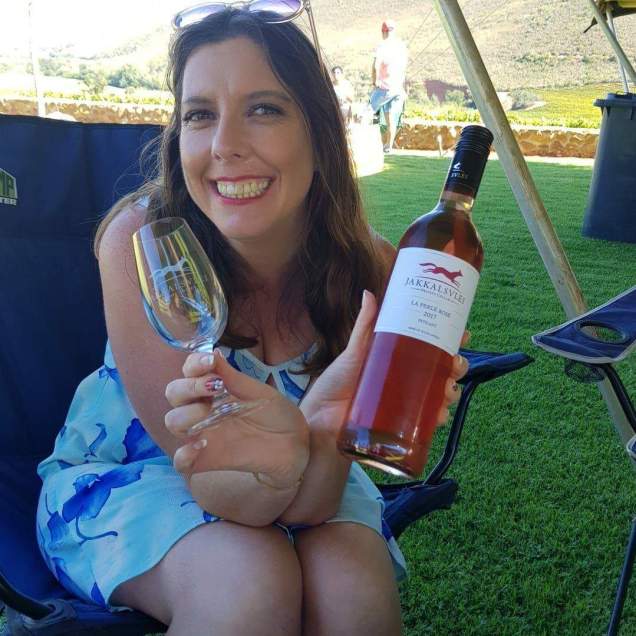 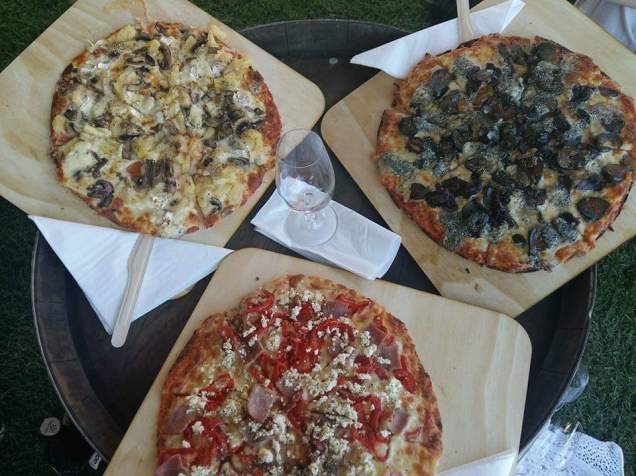 The following weekend Harriet roped me and two other friends into a treasure hunt which took us to various landmarks in- and around Mossel Bay.  The trio was blissfully unaware of my competitive streak and Formula 1 driving skills.  We got second place, which was a two night stay at a local guest house.  We opted to take use the prize in September given that my birthday falls in that month. 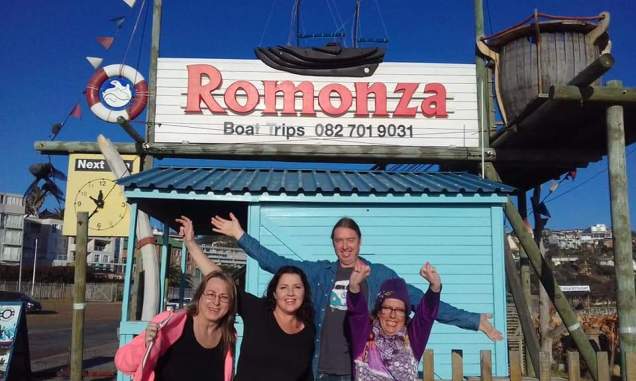 I also went to Johannesburg to visit an old school friend, Kayla for the final weekend of the month – it was a five day weekend, courtesy of the State due to public holidays.  We went to the country’s largest amusement park, Gold Reef City, which I’d visited over 3 decades before.  We had so much fun. 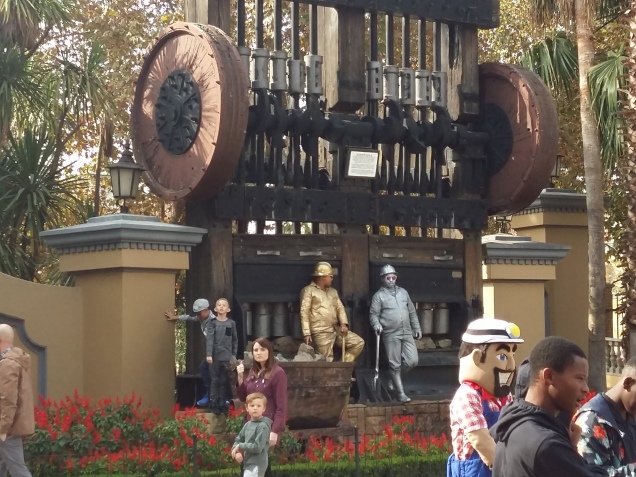 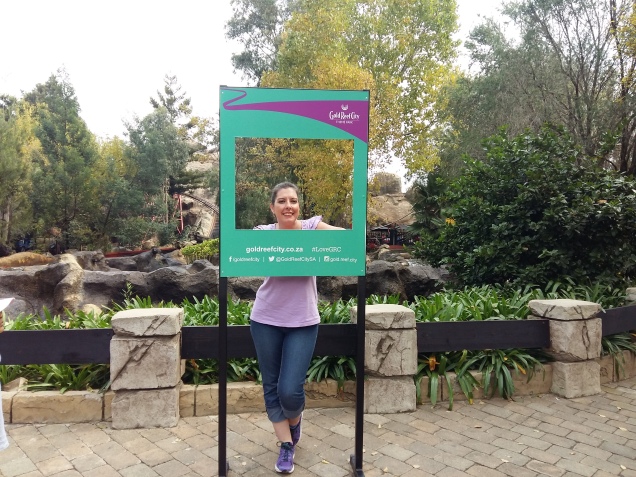 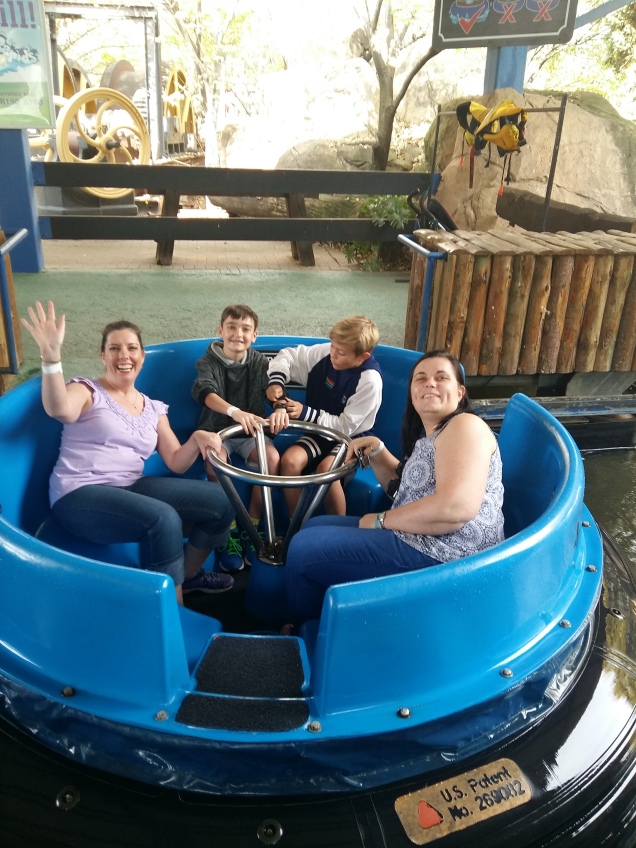 It was also a weekend of firsts – I had a Rocomamas burger, Krispy Kreme donuts and a Starbucks coffee for the first time ever.  I rode the Gautrain and also did a bus tour of the CBD where I spent nine years of my life – so many things were familiar, but sadly, the City of Gold is very neglected. 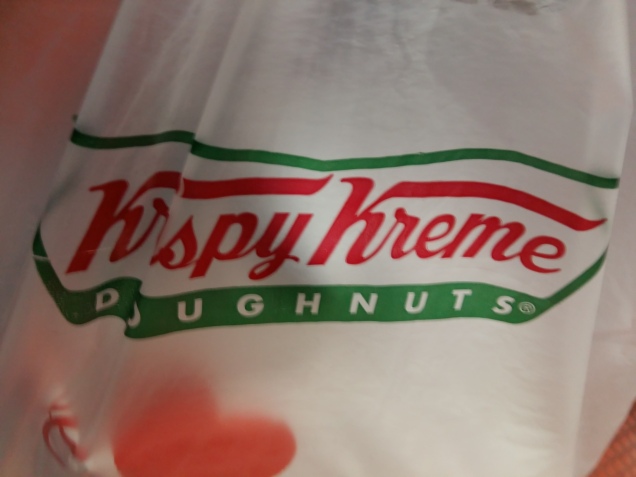 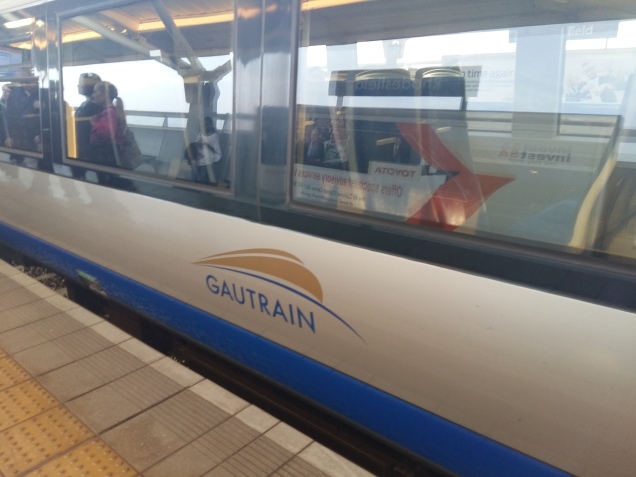 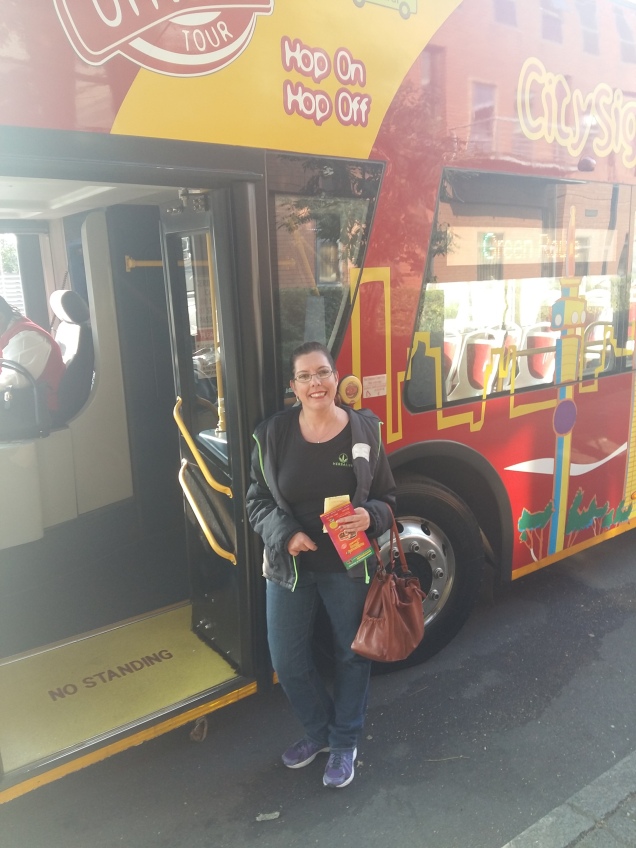 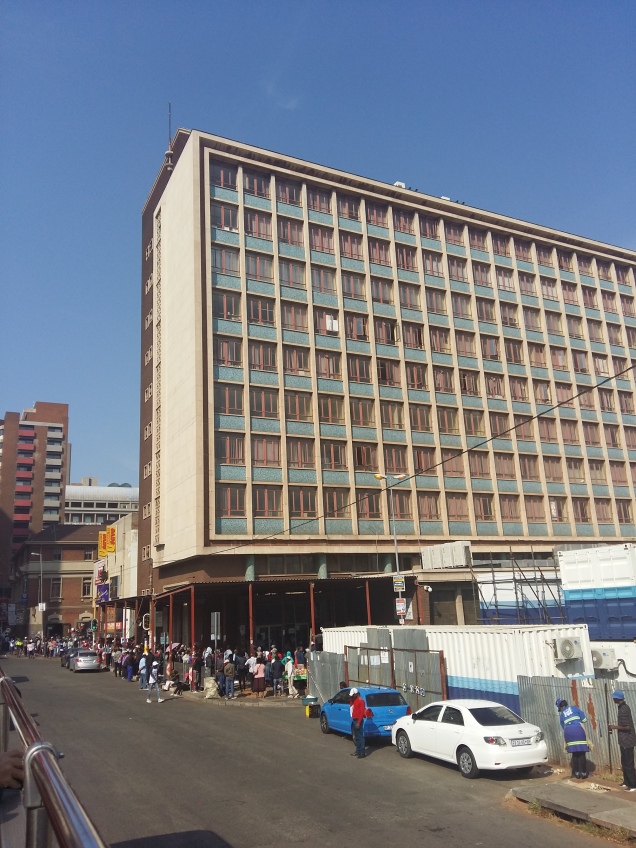 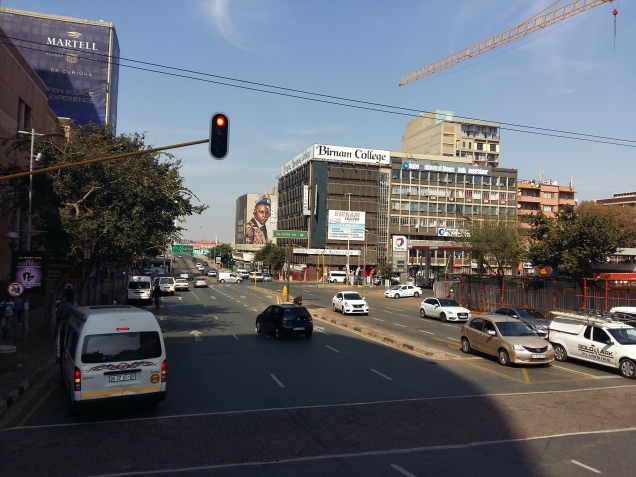 Still, it was a memorable weekend and I left there feeling rested and extremely grateful for the opportunity to see Kayla and meet her son, Trevor, who at eleven is already a fine young man.

May I was pretty much broke after all April’s shenanigans, so I didn’t social much.  It started to get cold so I did many early nights which contributed to much needed rest – both physical and financial.

June my God-daughter turned a year old.  Sadly I couldn’t be with her on the day given work commitments, but her mom sent me lots of pictures and I got to visit a few weeks later. 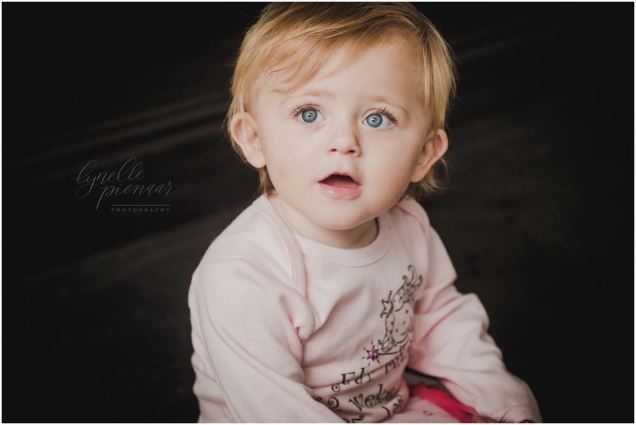 As always, Shayla-Rae made me feel so welcome, and allowed me to just relax which is what I always so desperately need halfway through the year.

Elizabeth, Yasmin, Carla and I also did the Moonlight Maze at Redberry Farm in George.  Charlie and I did the maze in the day last year and that was a feat in its own right.  At night it is ten times worse, but we did it, with a badge to prove it! 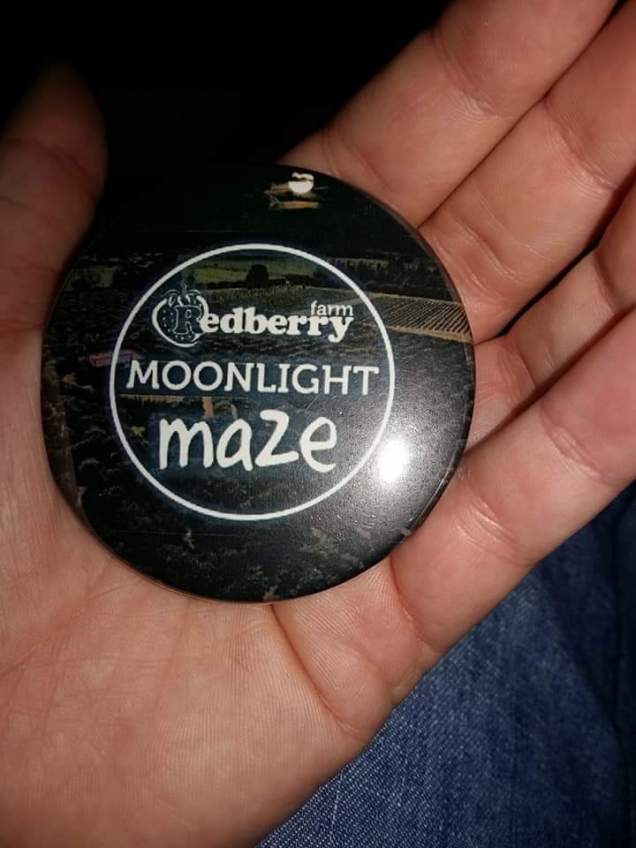 July I took one Sunday for myself to recharge my batteries and headed down to the local hotel not far from where I live.  I had an alfresco lunch – the most phenomenal surf & turf ever, next to the sparkling pool.  I also devoured one of my favourite authors, James Patterson’s books.

August I got back in touch with an old school friend, Chante.  We’ve stuck to our agreement to have a catch-up at least once a month, despite hectic schedules.  We’ve had some interesting conversations and many a good laugh. I’m very grateful that our paths crossed again after such a long time.

September I got to meet a friend-of-a-friend, Linda in person.  She brought me a beautiful personalized artwork during a visit to a friend of hers, Tarryn who lives here now. It has prize place on my bookshelf.

It was also my birthday, which meant the breakaway with Harriet and our other friends, Yusi and Mark.

October my amazing friends Eleanor and Nathan hosted a belated birthday party for me.  It was a film-based theme-evening and everyone who attended went to great effort with their costumes.  Fun was had by all. 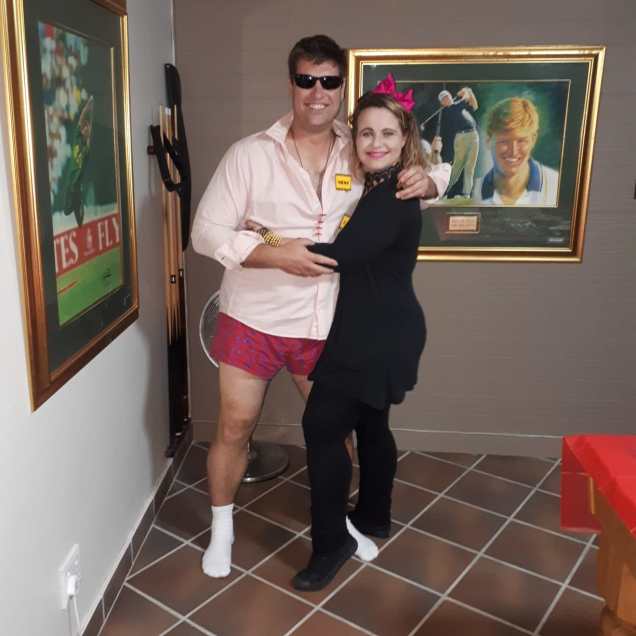 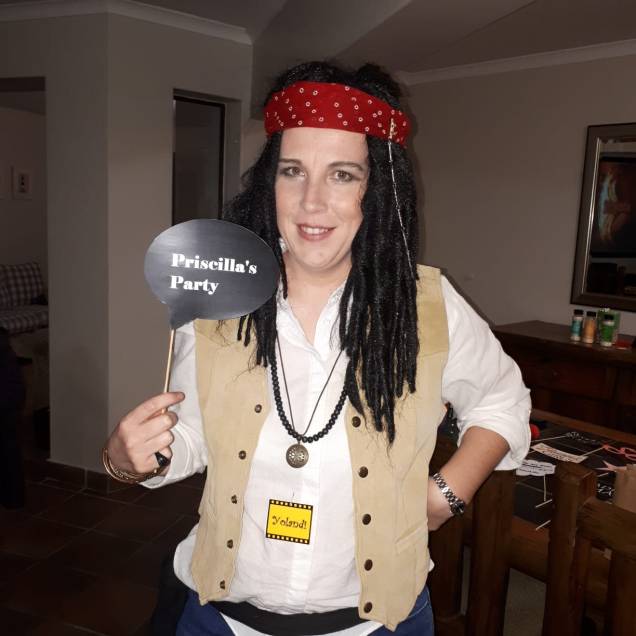 November was also a memorable month.  Charlie was back in the country, almost heading back out again, so I twisted his arm to join me on a weekend away at local lodge in the ostrich capital of the world, Oudtshoorn. 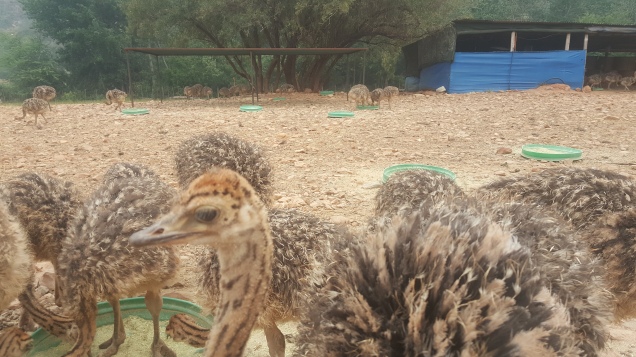 The town is known for its extreme temperatures, but the particular weekend we went, it was even hotter than usual given devastating veld fires that raged throughout the entire region.  As with my April weekend away, this weekend held many firsts of its own.  We both ate crocodile, and Charlie opted to eat zebra, which he still talks about.  We also attempted to fish in the dam, with zero success and we went swimming in one of the lodge’s two chilly swimming pools.

The following weekend, my former roommate, and sister-of-the-heart, Sasha got married and I was a bridesmaid (also a first!)

I’ve seen many beautiful brides, but Sasha was by far the most breathtaking, and her groom, Shaun looked dashing.  I unfortunately had to be strapped into a corset as I’d injured my back (again!) two days before the wedding.  It didn’t stop me from dancing though.

December I had the privilege of being able to treat my parents to an outing at Outeniqua Moon Percheron Stud Farm where we learned all about the Draft Horses of Old.  What incredible creatures – true gentle giants.  The owners of the farm, Peter and Christine Watt do incredible work to create awareness about these amazing animals that are on the verge of extinction.

I also got to take my folks out for lunch on Christmas Day.  It was good to be able to forget about all the awfulness that has surrounded them (and me by extension) lately, if only for a day.

Shayla-Rae and her hubby Shaun also treated me to a concert at the local amphitheatre.  There were over 12000 people in attendance and the atmosphere was electrifying to say the least. 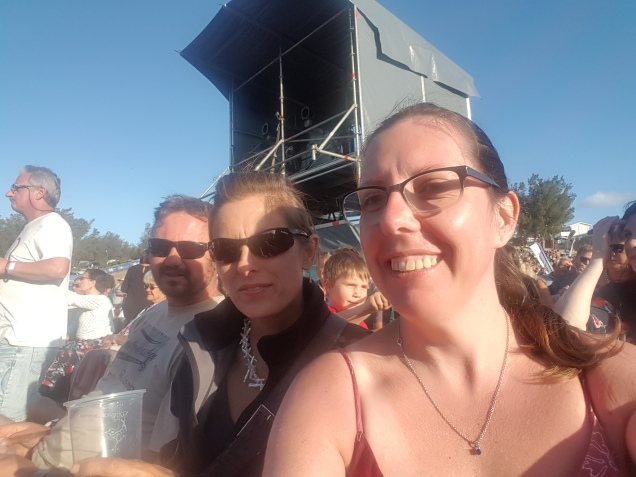 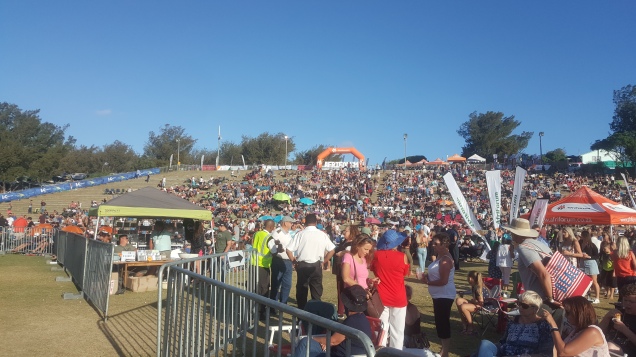 So yes, while 2018 was not the best year of the twenty-teens, it did have some good times, and those are what I’ll remember, because in the words of Victoria Holt, “Never regret. If it’s good, it’s wonderful; if it’s bad, it’s experience.”

Here’s going into 2019 with a positive attitude and hope that the negative things unfortunately having to be carried over will be sorted out, so that life will be happy this year.  Cheers!

PS. I’ll be blogging more this year, I promise!