Some nights I am tired. Really tired. But sleep totally eludes me. In such instances I do one of two things: I either read, or I watch something on TV. On Sunday night it was the latter and what I watched was Cinderella. 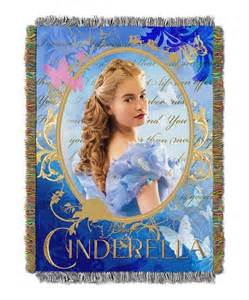 Sure, everyone who is reading this post has probably heard the fairytale, some of you may even have seen the movie. But the reason for this post is not to wax lyrical about Prince Kit, portrayed by the handsome Richard Madden, nor about the odd choice of casting Helena-Bonham Carter as the Fairy Godmother. It is about a single line in the movie that has stuck with me:

“Have courage and be kind.”

This line ties in with something else that happened on Sunday.

“Have courage and be kind”. It sounds like a simple enough instruction, but in all honesty, being courageous and kind are sometimes two of the hardest things to do, because life has jaded us so much.

Many of you know that I am a firm believer of Ian Maclaren’s “Everyone you know is fighting a battle you know nothing about. Be kind. Always.” and secondly of Mary Ann Radmacher’s “Courage doesn’t always roar. Sometimes courage is the little voice at the end of the day that says I’ll try again tomorrow.”

But today, it is not myself I want to talk about. Today I want to talk about a particular friend of mine, Madison. She is forever trying to help someone in need. Hell, she even started a Facebook page to raise funds for me to do the second leg of my novel-writing course. Sadly, the entire amount wasn’t raised by the deadline, so I ended up doing a copy-editing and proofreading course instead.

Anyway, Madison, yes…every year she collects blankets and warm clothes for, and just before the Christmas holidays she collects non-perishable foods to make up parcels to give to those less fortunate than herself. She is one of the kindest people I know. Imagine my utter heartache when I saw this post of hers on Facebook over the weekend:

“I repacked my son’s cupboard and took out all the clothes that are still in a good condition, but that he can no longer wear and put them aside. I let a certain lady whom I know needs them more than I do that I will bring the shoes and clothes to her. Her reply was, “We are not a fucking welfare case. If I wanted something I would have asked. Keep you shit.” Alright then, may things not go well for you and then you can moan about how nobody worries about you and blah, blah, blah. I guess it’s just like the hamper I gave you for Christmas last year which you sold for money for booze.”

Many readers of this post may be quick to judge Madison and say that her post on Facebook is simply a knee-jerk reaction, and of course, you’re entitled to your opinions, but I want to pose this questions to you:

My own answers to the above:

Look, I get that the boozer-mama may have some issues, one of them possibly being some sort of misguided pride (I say misguided because I don’t understand what kind of mother can be proud of selling her child(ren)’s food to support her drinking habit). I understand the real pride-thing. You know, the one that stands in your way preventing you from being courageous enough to admit things are not all hunky-dory and that times are tough. I’ve been there and I’ve got more than just the one proverbial T-shirt. But if someone came to me with a kind offer to help, is it not right to accept the offer with grace, or if one really must, decline it politely? Is it necessary to react to kindness with malice? I think not.